Turtle Beach Corporation designs leading-edge audio products for the consumer, commercial and healthcare markets. Under the Turtle Beach brand, the Company markets a wide selection of quality gaming headsets catering to a variety of gamers’ needs and budgets, for use with video game consoles, including officially-licensed headsets for the Xbox One and PlayStation 4, as well as for personal computers and mobile/tablet devices.


The STEALTH 420X+ 100% Wireless Gaming Headset. This fantastic headset adds superhuman hearing and other must-have features to its prior best-selling models. This headset offer gamers exactly what they need to hear everything and defeat everyone via Turtle Beach’s exclusive Superhuman Hearing sound setting, plus a variety of additional must-have features no gamer should ever have to be without. 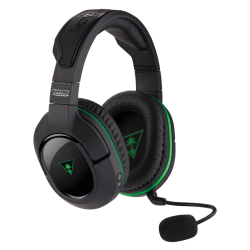 The STEALTH 420X+ is an officially licensed gaming headset for Xbox One offering gamers the freedom of 100% wireless game and chat audio. The STEALTH 420X+ comes loaded with features, including Superhuman Hearing which provides a competitive advantage by allowing players to hear soft sounds like enemy footsteps sneaking-up from behind and weapon reloads off in the distance, Bass Boost and other audio presets, Mic Monitoring so players can hear their own voice to avoid shouting, a removable high-sensitivity mic, independent game and chat audio controls, a 15-hour rechargeable battery and mobile compatibility. 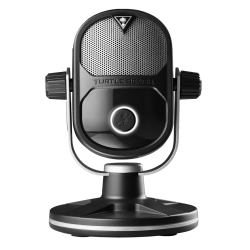 The STREAM MIC is a first-of-its-kind professional desktop microphone created for gamers streaming directly from their consoles. With the STREAM MIC, players can livestream gameplay from their Xbox One and PS4, as well as from a PC or Mac thanks to universal plug-and-play compatibility. Additionally, the STREAM MIC features adaptive mic patterns and fully customizable software, while a dual-capsule mic array with advanced digital processing supports multiple pick-up patterns for different applications and environments, and a zero-latency headphone output provides accurate monitoring so anyone can stream like a pro. The STREAM MIC will elevate your Twitch, YouTube and MLG.tv streams to a whole new level. 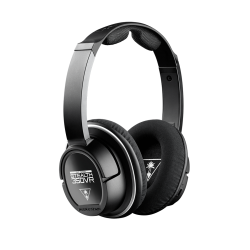 The STEALTH 350VR gaming headset delivers Virtual Reality audio loud and clear with 30+ hour battery-powered amplification, Variable Bass Boost, and an ergonomic “built for VR” design that provides clearance for VR headbands and cables. Its 50mm Neodymium speakers ensure a rich, expansive audio experience with crisp highs and thundering lows, while smooth, fabric-wrapped memory foam over-ear cushions ensure a comfortable fit. The removable noise-cancelling microphone provides crystal clear chat even when movement in the real world creates background noise, while Mic Monitoring lets gamers hear their own voice inside the headset to avoid shouting at other players. Cable management is made easy via the STEALTH 350VR’s detachable audio cables, while on-board audio controls are always within reach, mounted right on the headset. 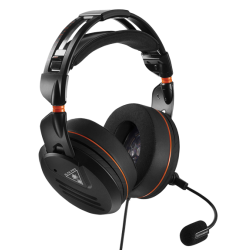 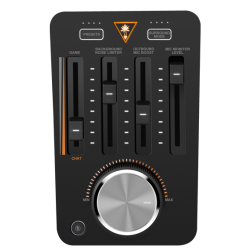 The ELITE PRO T.A.C. is the most powerful audio controller ever designed for eSports, combining cutting-edge audio technology like DTS Headphone:X 7.1 Surround Sound and Superhuman Hearing with Turtle Beach’s incredibly powerful chat and microphone tuning tools, giving eSports athletes and hardcore players everything they need to win. Further, when combined with the ELITE PRO Tournament Gaming Headset and ELITE PRO Tournament noise-cancelling microphone, gamers will unlock the full power of the best competitive gaming audio setup, with unbeatable microphone performance that isolates team chat from the roar of the crowd. The ultimate eSports audio setup designed to help you dominate the competition…this is ELITE PRO!