Sphero: The Cutest Little Droid You Ever Did See... 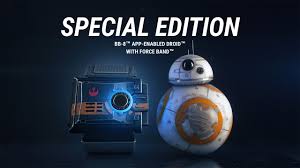 Sphero began the connected play revolution in 2010 by creating something unlike anything else - and they have never stopped. They fuse robotic and digital technology into immersive entertainment experiences that ignite imagination and defy expectations. Optimized by data and powered by fun, these ever-evolving experiences are changing the way the world thinks about play. It all started with an app-enabled robotic ball and Sphero was born. Their engineers began hacking the evolution of Sphero. In 2012 More apps were developed. They created marketing campaigns centered around robots, bacon and cats and the weirdness worked. Domestic retailer demand was high. People wanted these balls. In 2013 Sphero 2.0 was revealed at CES. It was faster, brighter, and smarter than ever. Even more apps were developed. Customers were happy. Very happy. In 2014 they studied play pattern data. Prototyping began on ‘’Project 2B’’ and more apps were developed. "2B’’ launched in 2014 as Ollie, the future of app-enabled racing. Ollie sold like hot-cakes.

They were invited to Disney Accelerator Program. "Project Rayve" began. App-enabled BB-8 launched and sold out in the first day. It achieved toy-of-the-year status. They sold over one million Sphero robots in this year alone. Company growth is on the up and up. They've added crazy cute plush to their already stellar mix of products, plus they're dabbling in wearable technology with the Star Wars Force Band for a well rounded array of awesome. They're kicking butt and taking names. Literally. 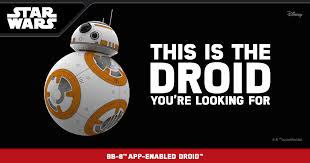 Sphero's app-controlled BB-8 droid will be a huge seller again this Christmas because of the new Force Band wearable controller that lets you channel the force with a wave of your hand, just like a Jedi Knight. The Force Band will let you control your BB-8 with push, pull and stop "Jedi" gestures. The Disney-licensed band uses an accelerometer to track your hand movements: moving side to side can turn BB-8's head or pushing forward can send it into driving mode. If you find a lightsaber holocron, you can select it in the app and then wave your arm for the familiar lightsaber noises. Turn your palm down and the BB-8 will look away from you, up and it looks towards you. If you spin round, the BB-8 spins round. They work perfectly together.

You can also use the band by itself to complete Combat Training for Blasters, Lightsabers, and the Force itself, or collect digital holocrons in your environment through Force Awareness. Fulfill your destiny and become strong in the ways of the Force. 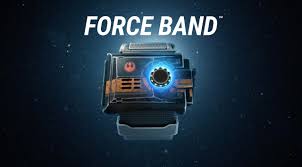 Pair your Force Band with Special Edition Battle-Worn BB-8. This Astromech Droid reflects the wear and tear of trekking across the galaxy on Resistance missions. Watch your Droid explore autonomously, guide BB-8 yourself, or create and view holographic recordings. The Force Band is also compatible with the original BB-8 App-Enabled Droid by Sphero and Sphero robots powered by Bluetooth SMART.

Power of the Force Modes:
- Droid Control Mode. Use the force to push, pull and control BB-8.
- Force Training Mode. Follow commands from BB-8 to master Jedi Knight abilities.
- Combat Training Mode. Use your imagination to wield a lightsaber battle with a blaster or channel the force.
- Force Awareness Mode. Uncover digital holocrons in your environment and collect them in the app.
- Robot Control Mode. Use the Force Band to drive other Sphero robots powered by Bluetooth Smart.

- You can watch 'Star Wars: The Force Awakens' with your BB-8 and it will react to different characters and scenes. It will show excitement, recognition and fear depending on what part of the movie you're watching.
- Guide your BB-8 with a smartphone or tablet -- or the Force Band.
- BB-8 recognizes and reacts to your voice.
- Record and view virtual holographic videos with BB-8.
- Autonomous Behavior -- BB-8 has a mind of its own—explore the Star Wars galaxy together.
- It has an Adaptive Personality -- your BB-8's unique attitude and actions evolve as you interact.

This is one cool gift... for either adults or children. You're never too old for a Star Wars droid!