LEGO: Take Your Children's Imagination To (Literally) All New Levels And Heights... 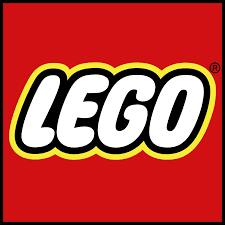 Everyone loves LEGO products, from kids to adults. There's something about building wonderfully creative projects that makes you feel proud and accomplished. In addition to the fun and joy it brings, for young children the imaginative play is a key element in their growth and development. LEGO products stimulate the imagination and the emergence of ideas and creative expression. All LEGO products are based on this underlying philosophy of learning and development through play. LEGO is our favorite company in this category.

The LEGO group's motto is ' Only the best is good enough.' LEGO founder Ole Kirk Kristiansen (who still owns it to this day) began making wooden toys in 1932. High quality and safe products have remained the focal point for the LEGO Group throughout the years and continues to this day. LEGO products are tested rigorously to live up to the strictest safety and quality standards as well as their own expectations. This is why children and adults turn to LEGO products over and over again.

They are the masters of reinvention. The first brick they made over 60 years ago is as culturally relevant today as it always was (and still fits too!). And that’s because it is only ever one half of the toy. The other half is the child. LEGO play offers the chance of constant discovery – the possibility of creating something new every time. 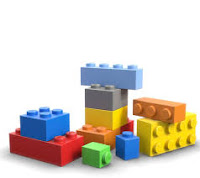 LEGO bricks are all part of the LEGO system, which means that they can be combined in innumerable ways, and they can be dismantled just as easily for continuous and unlimited play. The more bricks you have, the more amazing and elaborate your creativity becomes. The LEGO Group wants to leave a positive impact and they are committed to the environment and the society that children will inherit, and to inspiring and developing the builders of tomorrow.

In 2017 the Reputation Institute released the 2017 Global CSR RepTrak 100 survey specifically measuring companies’ reputation on corporate responsibility. The LEGO Group climbed the list to a ranking as number 1. This year they are number 2! That's unbelievable. Chief Financial Officer of the LEGO Group, Marjorie Lao said: “We are honored to see that our efforts to positively impact the planet resonate with people all over the world. We feel a huge sense of responsibility to inspire and develop children through play while leaving a significant positive impact on the world children will inherit. It is part of our DNA as a company, and we will continue to set the bar high for ourselves to do better.” The RepTrak 100 study, developed by Reputation Institute, measures the corporate reputation of 100 companies by asking the public in 15 countries around the world questions about the emotional appeal of each company. The study scores the companies on seven dimensions: Products & Services, Innovation, Workplace, Governance, Citizenship, Leadership and Performance.

Here are some great products this year: 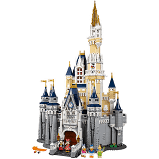 LEGO Marvel.
Build something extraordinary and become your favorite superhero with LEGO Marvel playsets! Team up with other legendary Marvel characters on daring missions to defeat super villains. Recreate epic movie action scenes or create your own amazing adventures with cool mini figures, vehicles, buildings, gadgets and weapons. Will good or evil triumph? The fate of the Marvel Universe is in your hands!

DUPLO Spider-Man and Hulk Adventures. Ages 2-5.
Little superheroes will love to create endless role-play adventures with this Spider-Man & Hulk Adventures superhero toy, as Marvel’s Spider-Man and Hulk try to stop Sandman from stealing an important suitcase. Help young children develop fine motor skills as they build and rebuild Spider-Man's garage and Hulk's laboratory at Avengers HQ, then use the wrench to fix up the motorbike before Spider-Man speeds off to save the day! Includes 3 DUPLO figures: Spider-Man, Hulk and Sandman.Help your child master basic construction skills with this easy-to-build Marvel superhero toy designed to be fun and easy for little hands. 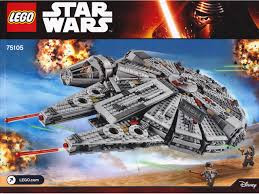 Star Wars Millennium Falcon. LEGO Star Wars provides amazing play opportunities for your child. They can develop their construction skills by building vehicles from the Star Wars saga. One of the most iconic starships of the Star Wars saga is back, and it’s leaner and meaner than ever before! As featured in exciting scenes from Star Wars: The Force Awakens, this latest LEGO version of the Millennium Falcon is crammed with new and updated external features, including an even more streamlined and detailed design, detachable cockpit with space for 2 minifigures, rotating top and bottom laser turrets with hatch and space for a minifigure, dual spring-loaded shooters, sensor dish,ramp and an entrance hatch. Open up the hull plates to reveal even more great new and updated details inside, including the main hold with seating area and holochess board, more detailed hyperdrive, secret compartment, extra boxes and cables, and storage for spring-loaded shooter ammo. And of course no LEGO Millennium Falcon model would be complete without Han Solo and Chewbacca, as well as other great characters from Star Wars: The Force Awakens. Activate the hyperdrive and set course for LEGO Star Wars fun! Includes 6 minifigures with assorted weapons: Rey, Finn, Han Solo, Chewbacca, Tasu Leech and a Kanjiklub Gang Member, plus a BB-8 Astromech Droid. Build the famous Millennium Falcon, featuring detachable cockpit, dual spring-loaded shooters and detailed interior. It measures over 5” high, 18” long and 12” wide. There are 1329 pieces. For boys and girls between the ages of 9 - 14 years old.