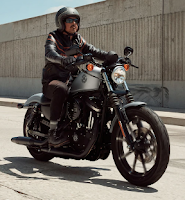 Since 1903, Harley-Davidson Motor Company has fulfilled dreams of personal freedom with cruiser, touring and custom motorcycles, riding experiences and events, and a complete line of H-D motorcycle parts, accessories, riding gear, general merchandise, and apparel. Fulfilling dreams of personal freedom is more than a phrase. It’s their purpose and their passion. They bring a commitment and exceptional customer experiences to everything they do... from the innovation of products to the precision of their manufacturing, culminating with their strong supplier and dealer networks. They are Harley-Davidson. The one and only.

Harley-Davidson is the iconic American motorcycle manufacturer founded out of a small shed in 1903 by William S. Harley and brothers Arthur and Walter Davidson in Milwaukee, Wisconsin. The Motor Company produced traditional cruiser motorcycles utilizing air-cooled V-Twin engines. When Harley and Davidson produced and sold their first motorcycle in 1903, they were one of many small motorcycle marques springing up across the country. Flash forward more than a century and the Harley-Davidson brand is so rooted in American culture that the history of the company intertwines with the history of America itself. 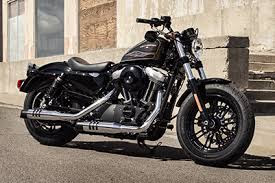 Harley-Davidson incorporated in 1907, with William Davidson officially joining forces with his two brothers and Harley. Setting down roots in Milwaukee, Harley-Davidson began hiring employees and by the end of the decade were producing bikes using its signature 45-degree air-cooled V-Twin.

During the next decade H-D continued to expand. Many sales were generated by Uncle Sam, with the American military sourcing Harley motorcycles during the First World War.

Harley-Davidson produced many motorcycles for United States millitary during both world wars. Post-war Harley-Davidson developments include the introduction of the Sportster in 1957, the oldest production model in the current H-D lineup, as well as other signature H-D models. 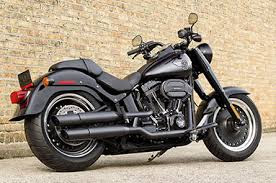 The ‘80s and ‘90s saw the introduction of model families that continue to this day, like Softail, FLT and Road King lines, joining classic models like the Electra Glide. In the ‘90s Harley-Davidson also solidified its hold over Buell motorcycles, taking a controlling stake in the American sportbike/street bike manufacturer and selling Buell bikes at many H-D dealers.

Since the turn of the century, Harley-Davidson has retained its image as a classic American icon. But the Motor Co is reaching out to other riders with the introduction of more performance-oriented models, like the V-Rod – significant as the first liquid-cooled production Harley. As the riding demographic ages, H-D is also realizing it must break into the younger market with the release of edgier makeovers of its classic models like the Cross Bones and other members of its Dark Custom line like the Iron 883.

Harley-Davidson has also been working hard to improve the riding quality of its touring bikes. In 2009, it did away with the stamped and welded single-piece frame that anchored Harley touring motorcycles for the last 30 years and replaced it with a cast, single-spar, rigid-backbone frame. It also went with a wider, longer swingarm. H-D also introduced a new three-wheel motorcycle called the Tri Glide that has the classic styling and popular touring features of its best-selling Ultra Classic Electra Glide.

Harley-Davidson also demonstrates what can be done with products from its vast Genuine Motor Accessories and Motor Parts catalog in the form of its CVO (Custom Vehicle Operations) line. The CVO motorcycles are models from Harley’s standard lineup that have received the royal treatment, like the Screamin’ Eagle Twin Cam 110 engine, show-topping custom paint and top-shelf H-D controls and components. Tons of chrome and killer paint – a virtual Harley-Davidson fan’s Valhalla. One constant of Harley-Davidson, since almost the very beginning, has been the use of 45-degree air-cooled V-Twins. 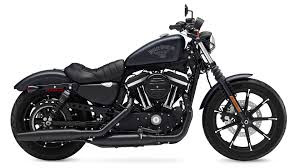 Aggressive throwback styling taken to a place altogether new. No need to shine this machine. Just get on and tear up the nearest street. You’re looking at a pioneer of raw, blacked-out, stripped-down custom style. In the years since its introduction, it has only gotten better. Fine-tuned suspension. Tuck and roll seat. Black cast aluminum wheels with machined highlights. And blacked-out surfaces from fender to fender. You get everything you need. And nothing you don’t.

Since the beginning, Harley-Davidson motorcycle riders have felt the pull to amp up their powertrain performance. Greater acceleration, increased passing power, or just more of that rip roaring, raw Harley-Davidson exhaust sound. Building a performance engine can be intimidating, but you don't have to start from scratch. A factory-engineered Screamin' Eagle Stage upgrade is the place to start with complete, street compliant performance configurations for the increased torque and horsepower you are looking for.

When he’s not in the studio, Dais Nagao hits motorcycle shows all over the world. From Mooneyes in Japan to Born Free in California. And, as with all great designers, Dais soaks up what he sees, feels, and hears from all walks of life. From other riders, street art, fashion and everything else in between. It’s real life that feeds Dais’ and the whole design team’s imagination, nourishing their inspiration in the design of the new Iron 883. 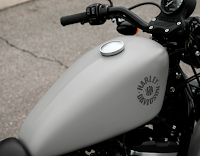 Dais grew up racing on the neon streets of Tokyo, before later moving to California where he fell in love with the custom scene. For him, bikes were a platform. A blank canvas for a thousand possibilities. It’s not hard to see this influence in the Iron 883. The urban aggression of Tokyo, with the bare boned customization of California. He’s put his life and soul into this new bike.

This is one heck of a bike and our favorite of all.

Summer is here... hop on one of these bikes and feel freedom.