Microsoft XBox One X and One S: Still Number One In Video Game Console World...

We have tested every platform over the last thirty years. Only one has been consistent for us: Microsoft's Xbox, year after year. It never disappoints and always excites. We have never waivered from this amazing company that continues to improve its products year after year. Happy Gaming!


Xbox One hardware and accessories delivers unprecedented choice and level of personalization for gamers. All Xbox One devices will play current and future Xbox One games as well as titles in the Xbox One Backward Compatibility program, and all accessories will work across every console in the Xbox One family as well. 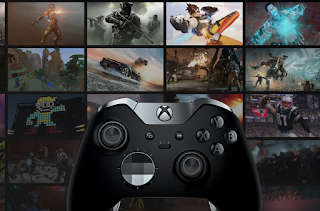 Xbox One X. This is the world’s most powerful console, Xbox One X, brings a new era of immersive 4K gaming and 4K entertainment to gamers across the globe. With 40 percent more power than any other console, Xbox One X is where console gamers can play the best versions of games. The new console launches with the largest games lineup in Xbox history.

"Game creators now have the most powerful platform to bring their visions to life and to give gamers the best console to play the games of the past, present and future,” said Phil Spencer, head of gaming, Microsoft Corp. “We’re excited to offer gamers the world’s most powerful console with access to the largest games lineup in Xbox history — more than 1,300 titles and more than 220 exclusives.” 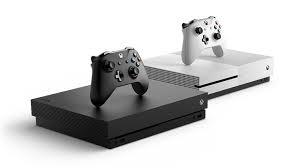 Xbox One X is built for true 4K gaming, with enough power to drive native 4K resolutions, High Dynamic Range and Wide Color Gamut into a pristine visual package beyond what’s capable in existing consoles. Existing Xbox One games play even better, with improved textures, smoother frame rates and faster load times, even on a 1080p TV. Xbox One X is also the only product in the world that packs all of the following features in one amazing device: 4K gaming for the world’s greatest games, a built-in 4K Ultra HD Blu-ray player, 4K streaming capabilities, High Dynamic Range support for gaming and video, and premium audio that puts gamers in the center of spatial sound with Dolby Atmos support. The craftsmanship in the Xbox One X hardware means it’s not only the world’s most powerful console, it’s also the smallest and most feature-rich Xbox ever.
Xbox One X is the newest member of the Xbox One family of devices, which will coexist alongside Xbox One S. Only on Xbox One can gamers experience the best games of the past, present and future, with more than 1,300 Xbox One games and more than 220 exclusives playable across the entire Xbox One family of devices. Furthermore, all Xbox One accessories are also compatible across the family.

Xbox One S. Xbox One S is the smallest and most compact Xbox ever. The 40 percent smaller console has an internal power supply and supports 4K Ultra HD for Blu-ray movies and content streamed from partners like Netflix and Amazon Video. High Dynamic Range (HDR) support for video and gaming delivers richer, more luminous colors.

Xbox Design Lab. Fans can create their own official, one-of-a-kind Xbox Wireless Controllers with more than 8 million color variations to customize the controller body, D-pad, thumbsticks, ABXY buttons and more. Each controller is handmade to order and shipped directly to fans. Xbox Design Lab is open for orders now or through http://www.xbox.com/xboxdesignlab.

Uniting gamers through Xbox Live. The goal of Xbox Live is to cultivate a safe, fun and reliable online community, where all types of gamers are welcome, respected and supported. Team Xbox announced a slew of new features to break down barriers between gamers playing on different devices and make gaming more accessible for all.

There has never been a better time to be an Xbox One player!