There's always something new to love at Walt Disney World. If you visit once or twice a year, like we do, you will generally find something new and exciting to check out. Whether it's an attraction, restaurant, show, or hotel, we can't wait to explore Walt Disney World's latest creations. Lots of wonderful things are in story for all of us and here's a little head's up! Walt Disney World’s 50th Anniversary is coming up fast, on October 1, 2021, and they're very busy trying to get everything ready.

Hollywood Studios. Star Wars: Galaxy’s Edge is the newest and greatest thing to happen at Walt Disney World. It's mostly open at this time and you can see our separate review on it. All shops, dining, and the Millennium Falcon Smugglers Run ride are good to go. The flagship attraction, Star Wars: Rise of the Resistance, will open soon.

Toy Story Land is also now open. When you arrive you will literally feel like you just popped yourself right into the movie. There are so many things to see and do, and this is the perfect place for your little ones to have a day of fun with their favorite Toy Story characters, character experiences, and silly rides. The Roller Coaster, Slinky Dog Dash, was so much fun with its many twists and turns, and we loved how you could see Star Wars land from it.

Also around are the Incredibles with meet and greets, a fun dance party, and Lightning McQueens Race Academy. Soon to come with be Mickey and Minnie's first solo ride, the Runaway Railway, that will be sure to delight all of us, young and old. It is inspired by the new cartoon shorts and brings guests through the screen to take a ride inside a zany cartoon world.

EPCOT is changing, WOW! At this time, "Walt Disney Imagineering Presents the Epcot Experience” will be in the Odyssey Pavilion to showcase and provide a preview center for everything coming. Most exciting is the Guardians of the Galaxy: Cosmic Remind hybid roller coaster. It's going to be a BLAST. A Crazy Ride. We also can't wait for Remy's Ratatouille Adventure, a family ride at World Showcase. It's a trackless dark ride that will make you feel itty, bitty small. We can't wait. Mary Poppins Expansion is also another attraction coming to World Showcase. 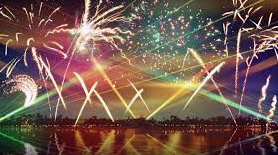 There will be an almost complete overhaul where Future World will be demolished and changed into three new areas. There will be a new, beautiful evening light show called EPCOT Forever. HarmoniUS is coming and it will be the largest nighttime spectacular ever created for a Disney theme park. It will consist of a mix of World of Color and traditional fireworks show with floating set pieces, dancing water fountains, pyro, lasers, spotlights, and more. New movies will arrive, including Awesome Planet in the Land pavilion, Beauty and the Beast Sing-a-long in France, and new Circle-Vision 360 film for the Canada Pavilion. The new Seamless Circle-Vision 360 film for China, called Wondrous China, will debut at a date to be determined. Space 220 Restaurant is being built near Mission: Space with internationally-inspired cuisine and over 1,000 bottles of the wines and a wide selection of craft beer.

Magic Kingdom will be opening the TRON roller coaster in Tomorrowland, Lightcycle Power Run, which is sure to bring lots of thrills. This is another attraction that will open in time for Walt Disney World’s 50th Anniversary in 2021.

Disney Springs has tons of entertainment, shopping, and fantastic restaurants. It's a great evening out, perfect for unwinding. Some of the restaurants we have tried and loved include the Boathouse, Jock Lindsay’s Hangar Bar, Morimoto Asia, the Edison, 4 Rivers Cantina, Jaleo by José Andrés and Wolfgang Puck Bar & Grill. 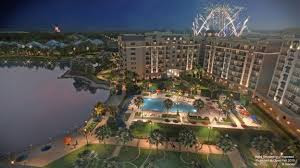 \As far as resorts go, The Riviera Resort is spectacular. You will feel like you are literally out of this country. The suites are amazing and the property is gorgeous. Coronado Springs has been expanded, which is great because it's one of our favorites. We love their restaurant, out on the lake. It's the perfect spot for winding down, have apps and drinks, and relax by the water.

Coming around 2021, the Star Wars Galactic Starcruiser Resort will be the grand ticket. It will offer an immersive experience into the land of Star Wars and you won't believe your eyes.

Get ready for lots more to come...

The Happiest Place In The World Just Gets Better And Better.